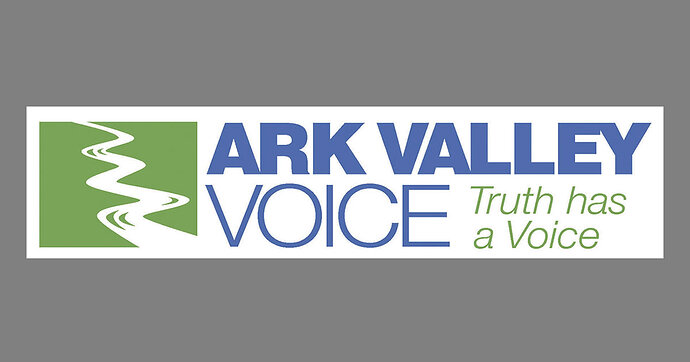 Letter to the Editor: Un-biased Land-use Code Administration - by Community...

Dear Editor, I believe that citizens deserve a local government that operates in a fair and unbiased manner and respects citizen’s rights.  I have become

I agree with Alison on this. It doesn’t make sense to put a commercial campground in the middle of a rural / residential zone. It’s spot zoning.

However, the Land Use Code allows it if the commercial use promotes recreational activities.

I also agree with Alison about the Aspire development, but her letter is misleading in places. Also, I’ve never seen AVV go to such lengths to verify the claims in anyone else’s letter to the editor.

letter is misleading in places

I’m curious. Where do you think it misleads? Agastache Village?

@GetReadyMan Apologies. I was cleaning out my inbox today and realized I’d missed a notification about your question.

Yes, the letter mainly misleads about Agastache Village. It also misleads about Aspire and by citing Jan Wondra’s article as if it’s factual. Almost everything Jan has written about the County is slanted because she’s on Alison’s payroll, and Alison has been fighting with the County for several years now.

For context, Alison’s fight with the County started when she was violating the land use code with her pack of 30-40 fox hounds. The land use code clearly requires a kennel permit for breeding dogs. Alison denied breeding dogs, even though P&Z staff witnessed dogs breeding and young puppies that hadn’t been on the property previously.

The County eventually won a court injunction, but since Alison’s arrogance won’t let her admit that she’s wrong, she tries to portray the court injunction as over-reach by the county, even though the court has no connection to P&Z or the County Commissioners. All of this led to Alison suing the County in federal court over private property rights stemming from P&Z denial of her certificate of occupancy for her house. (The denied CO is the subject of the lawsuit, but Alison clearly threatened the lawsuit when she was eventually denied a kennel permit, and I’ve been told by someone involved with the lawsuit that Alison has spent about $1.5 million on that case so far.)

So, Jan’s article completely ignores some key facts. Most of the Planning Commissioners actually spoke in favor of the Agastache Village concept. The problem is that approving the development as an RV park allows very high density adjacent to developments with 2-acre minimum lot sizes. Jan actually mentions in her article that an RV park would allow 20 units per acre, but she ignores the fact that this would allow as many as 360 units on the 18-acre parcel.

In the first Agastache Village hearing, the main concern by the Planning Commission was what would happen when the property changed hands. The applicant and her attorney offered to implement a deed restriction to prevent a full-blown RV park from being developed. PC indicated that they would approve with a deed restriction, but when the hearing was continued, the applicant had changed her mind, and the application was denied. Jan and Alison completely overlook this key fact.

Finally, as I mentioned originally, I’m opposed to the Aspire development, but P&Z staff identified 2 B&B-type businesses on the same side of the river as Aspire, much closer than what Alison claims and in the same land use zone as Aspire.

@ArkValleyEd Thanks for your explanation.

P&Z staff identified 2 B&B-type businesses on the same side of the river as Aspire, much closer than what Alison claims and in the same land use zone as Aspire.

Stoney Springs was operating as a short term rental, but shut down when Covid hit. There were a handful of summer wedding events held there, but I was told they were mostly for the family of the owners. It never offered outfitter services.

The Reeves home is being used as a short term rental. The Reeves own more property adjacent to Aspire. Some of the neighbors are concerned that the adjacent property might be sold to Aspire and turned into an RV park.

Thanks for the details. Re: Aspire, I mainly find it interesting that Alison made an “authoritative statement” based on a Google search while ignoring the info in the staff report.

…stemming from P&Z denial of her certificate of occupancy for her house. (The denied CO is the subject of the lawsuit,…

Is Alison really living in Chaffee if she doesn’t have a certificate of occupancy? To run for County Commissioner, it’s required to have lived in the County for a year.

Currently, Alison is registered to vote at an Antelope Rd address in Salida. Is that the address the fight is about?

On the voter rolls, she uses an North F ST Apartment number for a mailing address.

Alison’s CO was eventually approved for the residence at the Antelope Road address. However, I’ve been told by one of her neighbors on Antelope Road that Alison doesn’t reside there. I’ve also been told by a couple of people in Howard that Alison lives there full-time, which should disqualify her from running for County Commissioner.

The North F Street address is for her office in the Twitchell Building, which Alison owns. http://www.salidabi.org/ You’ll see Navsys Corp. at the bottom of the About page. That’s Alison’s business.

According to the Fremont County Assessor’s database, Alison own 5 properties.

I doubt any neighbors will come forth to claim she’s not living in Chaffee County.

It appears that the only residences on the Fremont County parcels are mobile homes, so I wonder if Alison is renting a residence in Fremont.

I agree, though. No one wants to speak out publicly against Alison because they’re afraid of getting sued, which is a legit concern if she’s spent over $1,000,000 suing the county. Not to mention all of the property she’s bought to accommodate her dogs. Throwing that kind of money around suggests she’s got more money than common sense. Makes me wonder if her time at Cambridge gave her aspirations of aristocracy.

btw, I’ve never heard anything about Alison being married, but I recently came across mention of her husband, Bruce Johnson, who once taught physics at Air Force Academy. Wonder what happened with him?