The Chaffee County Democrats want to fight back!

Somebody pointed a squirt gun at her.

Here’s the July 9th article in the AVV. Only fringe-biased publications have picked up the story. The MM and Chaffee County Times ignored it. 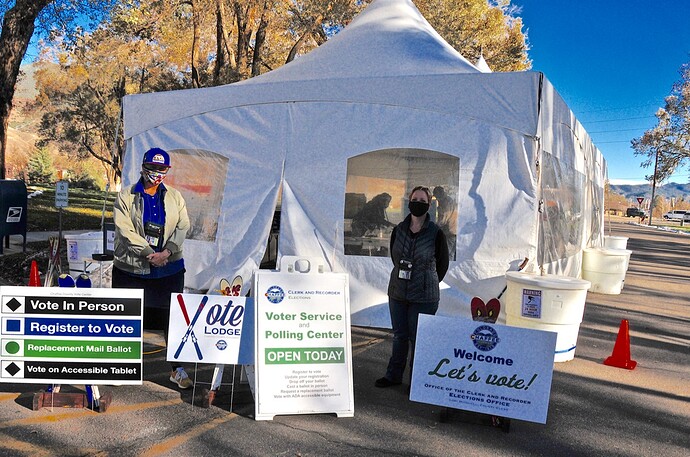 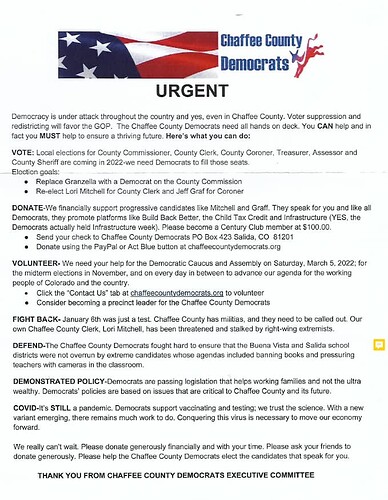 Yeah, I called the Salida Police records department on September 1st and they had no record of a police report of threats on against Lori Mitchell or Kit Kuester.

Mitchell knew it was against the law to file a fake police report. She went around saying she was threatened anyway.

This Chaffee County Democrat Fundraising letter is quite a piece of fiction! Let’s analyze what it says:

“Democracy is under attack throughout the country”

This is technically true, because Democrats in Washington are attempting to bring all US election under the thumb of the Federal government. They call this the “John R. Lewis Voting Rights Advancement Act of 2021”. This fluffy name is yet another example of misdirection. Call something the opposite of what it actually is, and invoke the name of a recently deceased civil rights pioneer to make people think with their emotions instead of their heads.

If passed this bill would mean:

1. "States seeking to change their election laws in any way would need permission — before the law is goes into effect — from the U.S. Department of Justice. "

2. “It would also effectively prohibit any new voter ID laws.” ” Altogether, this would subject nearly every facet of state and local election procedures to federal control, thus rigging elections in favor of the Left." Unelected federal bureaucracies are overwhelmingly left-leaning. Would anyone have oversight of their activities while they ravaged our local election processes?

3. "Change Section 2 of the Voting Rights Act, making it easier for left-wing activists and the federal government to take legal action against state election laws on the basis of “racism.”

“Democracy is under attack throughout the country, and yes, even in Chaffee County”

Since there are no examples provided, I am forced to guess what they mean. Most likely, it refers to Conservatives who sought to prove to themselves that the 2020 Chaffee County election count was fair by filing an information request for the legally required surveillance video of the ballot counting facility. After numerous lies and attempts at deception, the truth came out: the video had not been recorded for four years. I would argue that our “democracy is under attack” not by the GOP, but by Democrat Chaffee County Clerk Lori Mitchell and those who supported this outrageous assault on our voting rights, all the while falsely claiming that Chaffee County Elections are the “gold standard”.

“Voter suppression and redistricting will favor the GOP.”

I have gone through my entire life without suppressing a single vote-how about you?

Democrats claimed there was minority voter suppression in Georgia when Stacy Abrams(D) lost her Governor’s race. The truth? In Georgia in 2018 African Americans had the highest percentage of voter registration, and the highest level of voter turnout, of any ethnic group.

Leftism has never been known to allow facts to get in the way of a self-righteous rant.

What about redistricting? Here is the analysis from CPR news(Colorado Public Radio-which is very obviously left leaning):

The summary? Colorado currently has seven members of Congress: 4 Democrats and 3 Republicans.

Population increases have resulted in Colorado gaining an additional congressional seat, for a total of eight. According to CPR analysis, the new redistricting results in 4 districts leaning Democrat, 3 Districts leaning Republican, while the eighth district has balanced constituency, and could go to either party. Why did the Chaffee Democrats issue a dire warning that this bipartisan redistricting process favored the GOP? Where is the evidence this is true?

Redistricting as populations change is an interesting topic. What is fair?

Take for example a state like Colorado with a population which voted 54% Dem, 46% Rep. Theoretically, you could create 8 congressional districts that would all favor Dems by roughly 54-46%. This would leave the Republican minority party unrepresented in Congress, and is not allowed in redistricting. It is also close enough that in wave elections, the minority party could win some or all of these seats by swinging 4-5% of the electorate to their side.

Another tactic would be to cede a single seat to the minority party. In theory, if you could stack one district with 100% Republican voters, the remaining seven districts would average a comfortable 62% Dem vs. 38% Republican. This would also be unfair. The representation for the 46% of Republican would be 1/8, or only 12.5%.

The following link is informative:

" It is important not to assess gerrymandering by looking at maps alone. In our forthcoming book Much Sound and Fury or the New Jim Crow (SUNY 2022), my colleagues Brian Hollenbeck and Deborah Hann analyze numerous approaches to drawing districts. Ultimately, they agree with the U.S. Supreme Court’s opinion in Rucho v Common Cause (2019), in which judges ruled that no objective definition of gerrymandering is possible. Hollenbeck and Hann found that sometimes, contorted districts result in more-competitive races and more representation of minorities than do compact ones. In Rucho , the Court declined to intervene in cases of possible partisan gerrymandering but kept open the possibility of intervention in racial gerrymandering."

Redistricting is much more complicated than most people realize.

Yes, you have be wary of Congressional Bill names. The name sounds good, but often does the opposite of what you expect.

When the Corporation I worked for tried to change my pension from a defined benefit plan to a cash balance plan, the Congress told them it was illegal. A year later Congress passed the Pension Protection act, making it legal.

Clerk Mitchell lied about the surveillance video and she lies about being threatened.

Before Democrats try to change election rules, how about they demonstrate they can fairly enforce existing laws?

Where are the legally mandated Chaffee County Election Surveillance videos from 2017 through 2020?

If you do not have them, explain why.

What happened to our ballots while they were not being filmed?

The silence shows us that our government cannot be trusted.

Barry Morphew voted for his missing wife, and is immediately
prosecuted. He disenfranchised one voter.

Chaffee County Clerk Lori Mitchell disenfranchised thousands of voters, and there are no repercussions. How are we supposed to trust her with counting our future elections?

I understand the desire to re-elect the County Clerk, but why all the importance placed on the Coroner?
Then it hit me! Do you need to have both the County Clerk and the Coroner to facilitate voting of the recently deceased? Just asking. 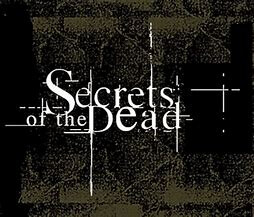 I’m surprised that they don’t go after Sheriff Speeze. He’s a Republican up for reelection in 2022.

Sheriff is included in the fundraising letter as a position they want to fill with a Democrat.

Good luck with that. Many Democrats have realized their party does a lousy job of protecting people.

I fear for members of the US military with the current leadership. Why? 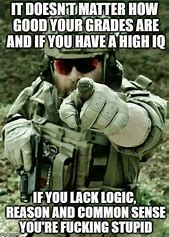 “FIGHT BACK-January 6th was just a test. Chaffee County has militias, and they need to be called out. Our own Chaffee County Clerk Lori Mitchell, has been threatened and stalked by right-wing extremists.”

What kind of test was January 6th? It is starting to look like a test whether FBI informants could goad protestors into entering the capital building.

Can a Shaman riot and saunter at the same time? And the “spear” is a flagpole! I can understand why the left felt threatened-that spear carried an American flag.

Chaffee County has militias, because left-wing extremists were rioting and burning buildings all over the country. Are the Chaffee County Democrats saying that citizens organizing for mutual protection is now illegal in these United States?

But the best part is the claim of threats against Lori Mitchell by “right wing extremists”. Where is the proof? No police reports were filed. Here is one published account of a threat:

“Mitchell hasn’t just been threatened, she has been terrorized. On June 22 an incident occurred in Salida, only a few blocks from the County Administration Building as she left work.”

“The driver of a late model sport utility vehicle pulled up and pointed a realistic-looking gun at her and simulated firing it. It turned out to be a water gun — but that didn’t change the heart-stopping impact of being threatened. Mitchell said although terrorized, she was also so angry that she followed him and recorded his license plate.”

That’s right ladies and gentleman. Some random guy with a squirt gun has apparently been elevated to “right wing extremist” status! Terrorized-really? You have a license plate number. Where was the follow-up?

To their credit, no other local news outlets picked up this story.

Big claims require big proof. What say you, Chaffee County Democrats? Is it possible what you label as threats were actually just questions from citizens concerned about the honesty of our elections? That real threat was to your tenuous hold on political power?

I fear this threat against the clerk was a ploy created to distract from the missing election surveillance videos. By the way, where are those videos? 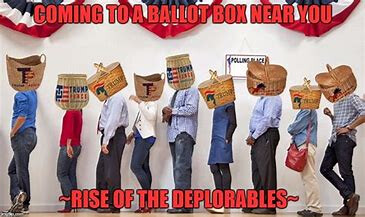