How did Colorado Elections Become so Corrupt?

This column is a must read, explaining the big picture of how a purple state turned blue overnight!

It was no accident!

The 2020 election was hardly a shining example of how to run free and fair elections.  The sheer number of court cases disputing everything from electoral procedures, illegal law changes, rela… 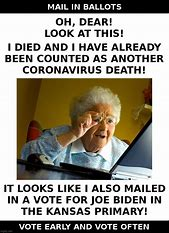 Colorado Republicans “Thank” Hanks and Others for Attending January 6th...

Two-thirds of Colorado House GOP members voted yesterday in favor of formally thanking state Representative Ron Hanks and those who joined him at the U.S. Capitol on January 6th.  A majority o… 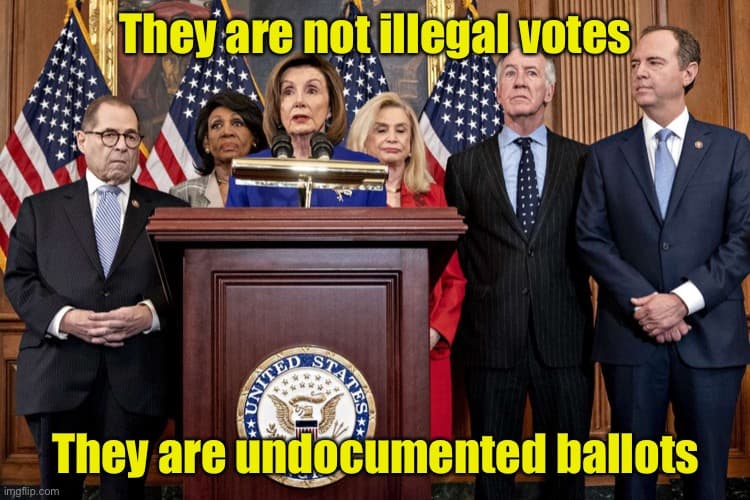 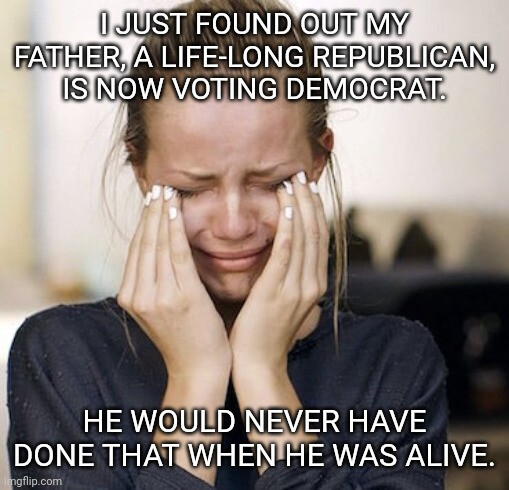 My mom, who died Oct. 2018, is still on the voter rolls. When I called the Chaffee County Clerk’s office I was told only she could check to see if she voted. When I stated she died in 2018, the person I spoke with said “oh then there was no vote since Colorado has the safest voting in the county”. I stated again I wanted to know if she voted. Again I was told only she could request that info. Anyone know how I can get the info on if she voted or not?

I put the spreadsheet of ballots cast in the 2020 election up on the mediafire website (cloud server). You have to download the file and open it Excel. There you can search for your mother’s name to see if she voted. 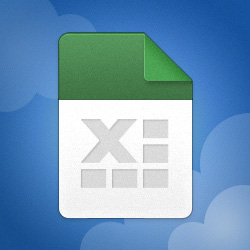 MediaFire is a simple to use free service that lets you put all your photos, documents, music, and video in a single place so you can access them anywhere and share them everywhere.

GetReadyMan is a really handy fellow!

Kathy, can you provide an update when you find out if your deceased mom voted?

PS I never thought I would be in the position to ask someone such an awful question, but these are the times we live in! 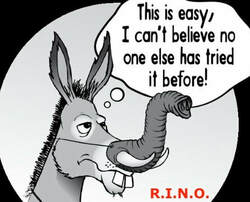 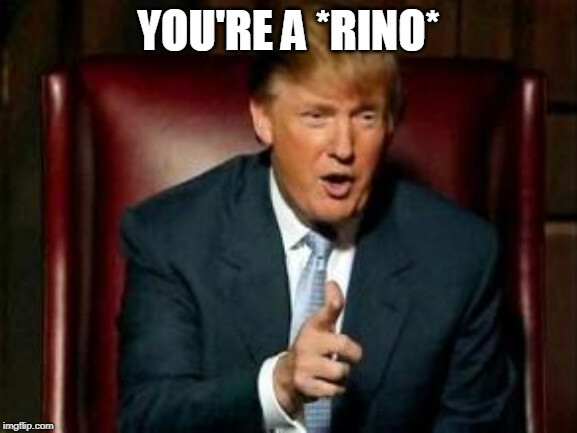 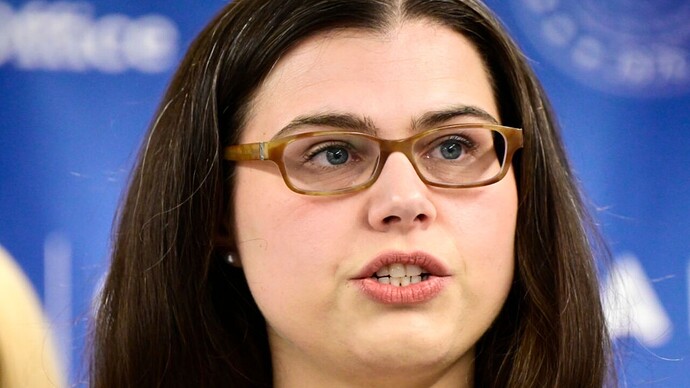 Colorado secretary of state claims Americans could 'lose right to vote within...

Colorado Secretary of State Jena Griswold warned that the GOP will attack the right to vote if Republicans emerge with victories in November's midterm elections.

“I have a county that works behind bulletproof glass,” Griswold said. “I have a county clerk who wears a bullet-proof vest. Much of their days are spent responding to conspiracy-fueled lawsuits and information requests intended to ‘gum up’ the system and bog down her office,” Griswold added. 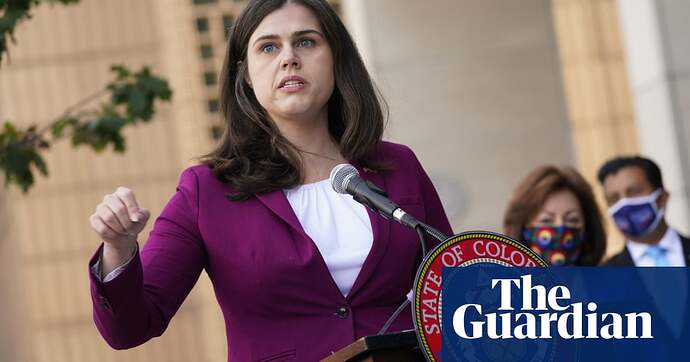 ‘The US could lose the right to vote within months’: top official’s democracy...

There are so many lies told in these articles, it is hard to comprehend where Griswold gets the nerve. But I want to focus on one sentence, about a new election law that was jammed through in CO:

“The law also includes new protections against insider threats, making it a felony to compromise voting equipment or allow unauthorized access to the state’s voting systems”

That sounds great, until you realize that only employees of Dominion Voting Systems and the Secretary of State’s Office are allowed to access the equipment. Checks and balances by others have been removed by the system.

Some say that giving this much power to the Secretary of State will backfire when the political pendulum swings the other way.

I say they have no intention of ever relinquishing power, so that objection is pointless.

Read more about the bill that Jena Griswold says will protect voter rights:

denver, despotism, and the death of self governance – ASHE IN AMERICA 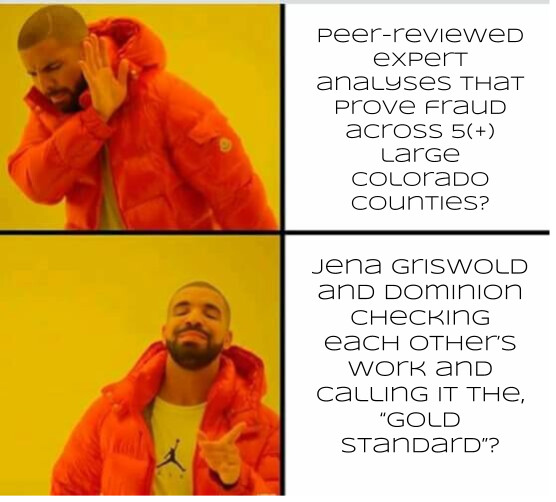 What’s Really Got the Left Worried About Twitter - It’s Right In Front of Our Eyes (thegatewaypundit.com)

I would love to hear anyone with a rational explanation about how these results just happened. 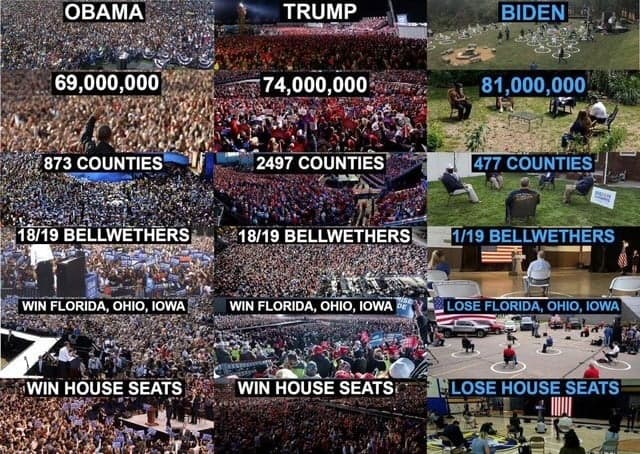 Are recounts in Colorado following the letter of the law? Did they compare a hand count of the paper ballots to the performance of the machine? 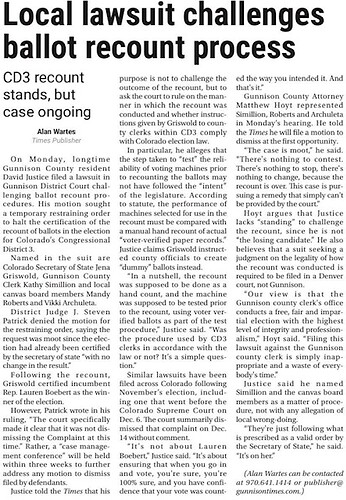