On April 20th there will be a motion hearing on the felony charge at 2:30pm.

I attended the motion hearing yesterday. The judge said that the two sides had reached an agreement and ended the Zoom call. I have no idea what happened. 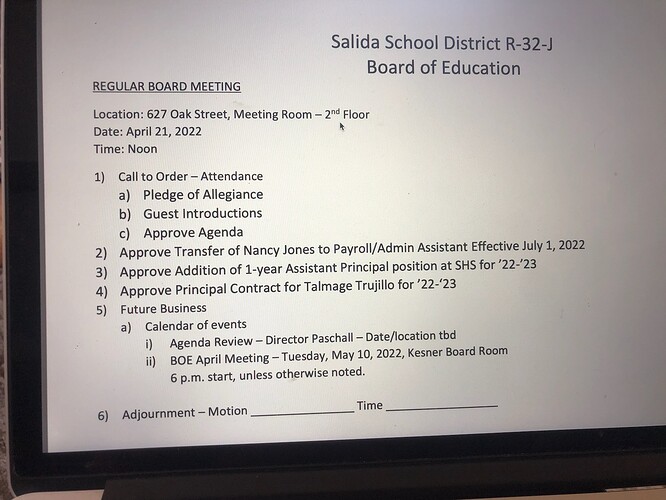 MM headline misses the point. It should say “Board votes not to renew Trujillo’s contract”. 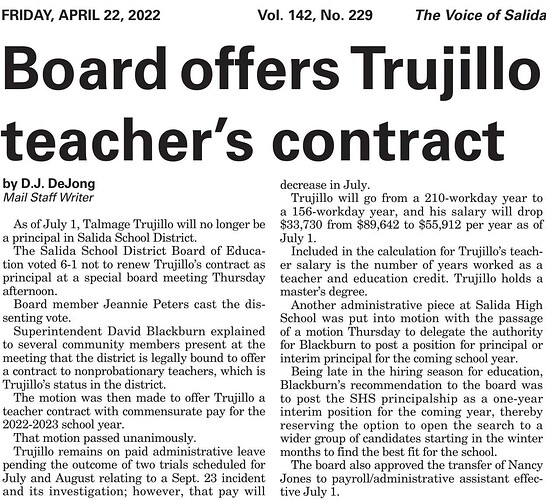 I attended Trujillo’s pre-trial hearing yesterday. Both trials have been postponed to give the defense time to prepare.

Another pre-trial hearing has been scheduled for August 9th and a second on October 18th.

Trujillo will be traveling out of State and out of the country in the mean time. Judge Bull told him that he’ll need to submit a waiver of extradition. 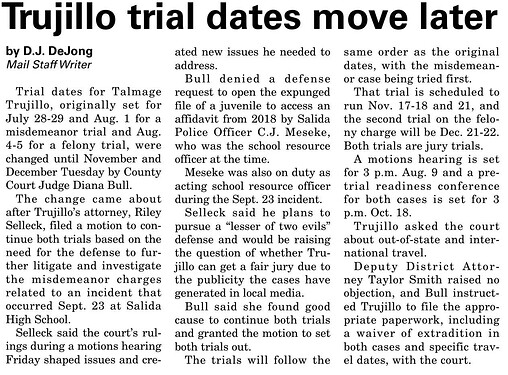 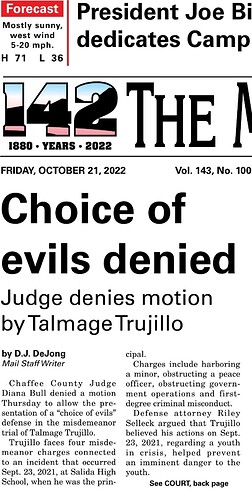 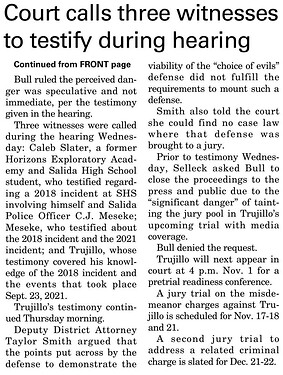 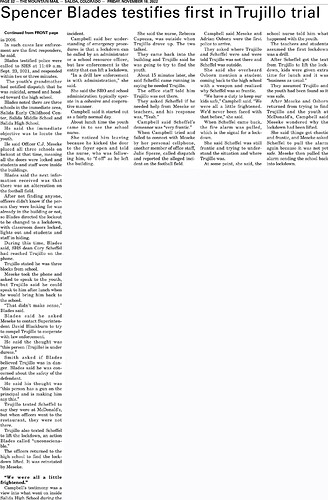 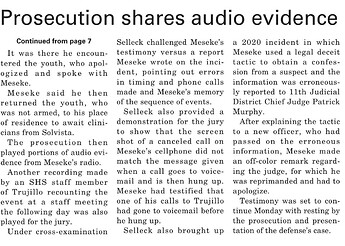 Trujillo guilty on 2 of the 3 charges. Faces trial on Dec 21 and 22 for allegedly erasing evidence from his phone in front of police. 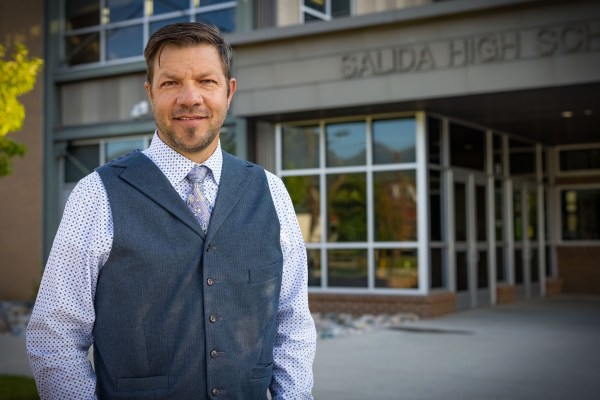 The jury in the trial of Talmage Trujillo, the former principal of Salida High School, returned their verdicts. 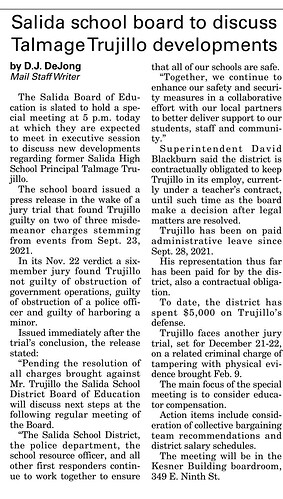 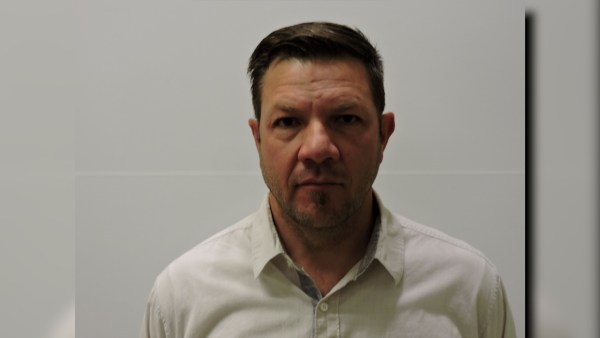 The Salida School District has come to a resignation agreement with Mr. Talmage Trujillo effective immediately.