I attended the 1-26-22 motion hearing regarding the charges against Principal Trujillo. The hearing was held by Judge Bull. Present were Riley Selleck, Trujillo’s attorney, Wendy Hickey for the prosecution, Sarai Trujillo, and Talmage Trujillo.

The are four charges against Trujillo.

The prosecution conceded that, while they had filed for two counts of harboring a minor, one at the school and one at a hotel that evening, they had no proof regarding the incident at the hotel. (Lynda Stanley had filed the original charges.)

Judge Bull asked the attorneys to keep all information regarding school security procedures confidential. She also asked the prosecution to produce all police body cam footage within 30 days.

Was this a retainer for Selleck to defend Trujillo? 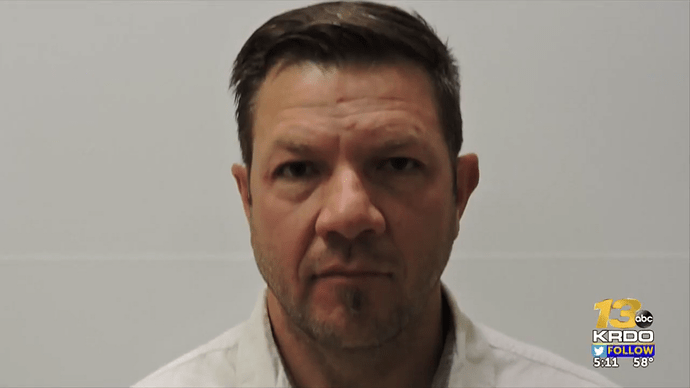 Salida Police Department says when Talmage Trujillo was provided the search warrant, he "unlocked his phone, completed a factory reset, erasing all content, and then handed it to the officers."

How many times does he have to be arrested before the School Board fires him? What kind of example is he setting for the children?

Trujillo pleads not guilty of destroying evidence in front of the police. 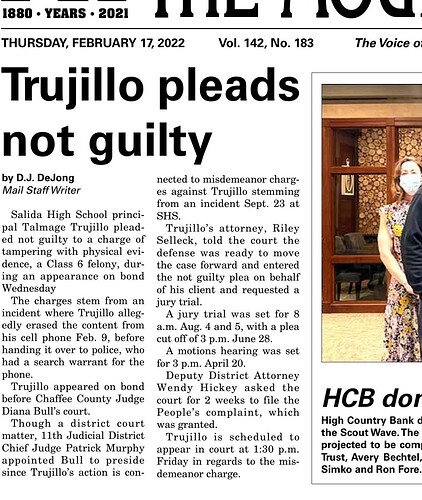 Also in today’s paper. One should always feel safe on school property?

(By definition, an executive session is closed.)

The Salida School District Board of Education has initiated a process to review new charges brought against SHS Principal Talmage Trujillo. The Board will meet in a special board meeting at the Dis…

What is trujillo trying to hide? What DOES he have to hide? Serious questions - no answers. Where’s the School Board on this? Transparency needed NOW.

Class 6 felonies in Colorado are the least serious category of felony offenses. Sentencing ranges from one year to 18 months in prison, and fines from $1,000.00 to $100,000.00. And extraordinary risk class 6 felony crimes carry a maximum prison term of two years. Convictions can typically be sealed three years after the case ends.

2-18-22 - Trujillo’s motion hearing today. Defense wanted all police reports from officers Meseke and Peale while they were SRO’s. Defense eventually dropped the request for reports from Peale and focused on Meseke. Prosecution said there were over a 100 SRO reports over the years. Unclear what bearing they hand on the case. Defense said he had names of students involved Meseke in incidents similar to September 23rd.

Court decided that the defense would hand over the names of the students and only those reports would be opened. Court would review the reports to see if they had bearing if the reports had been expunged.

Court decided that the bill of particulars that the prosecution provided was sufficient for the charge of official misconduct.

Trujillo pleaded not guilty to the misdemeanor charges and requested a jury trial. The trial is expected to last 3 days and starts on July 28th at 8:30am.

There will be a pre-trial readiness conference on June 28th at 3pm.

On April 20th there will be a motion hearing on the felony charge at 2:30pm.

Does Restorative Justice teach that you can justify bad behavior by pointing to other bad behavior? 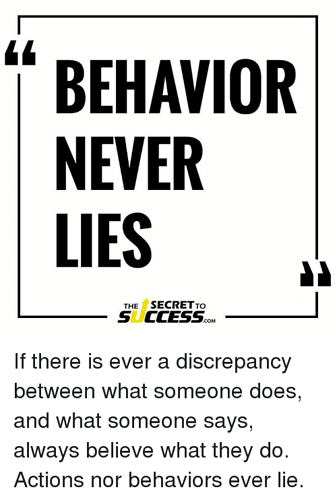 School Board Met to Discuss Next Steps Regarding Trujillo, Schedules Next...

The Salida School District Board of Education met in a closed executive session for three hours with legal counsel and the Superintendent during a special meeting on Friday, February 18, 2022.

Sounds like Trujillo’s lawyer was fishing for some dirt on Meseke and Peale. 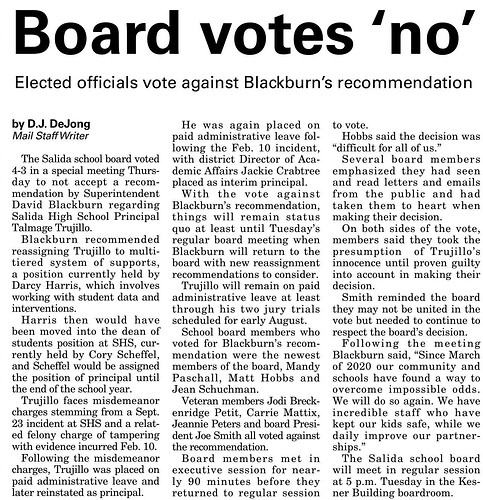 Hoping the School Board realizes that Trujillo is an enormous liability - too many bad decisions made in an extremely short period of time during this school year alone. If he is found guilty, it will be cleaner for the school district to just dismiss him after his court appearances. Is the School Board willing to be responsible for his behavior?

I know Trujollo was Principal at Horizons Academy in October of 2018.

Rumor has it he has a yearly contract which ends in June.

School board decides how much to pay Trujillo’s atty. After all there’s both the misdemeanor and felony charges now.

Well, at least we’re not paying the atty for the felony charge. 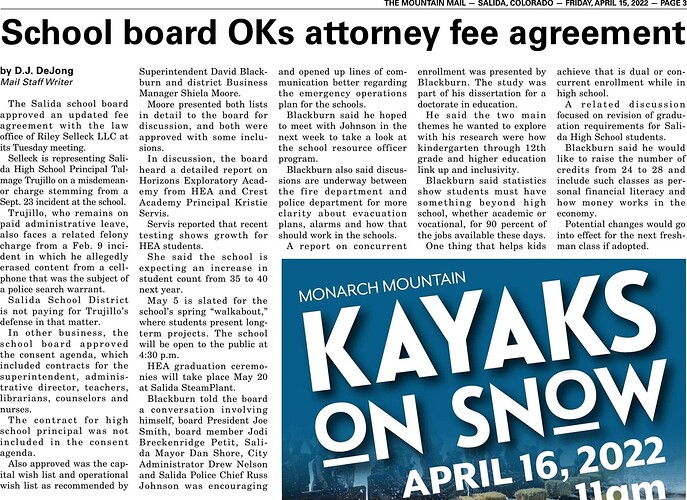