Jonestown Jena is offering Tina her election duties back if she will stay under the SoS’s thumb. 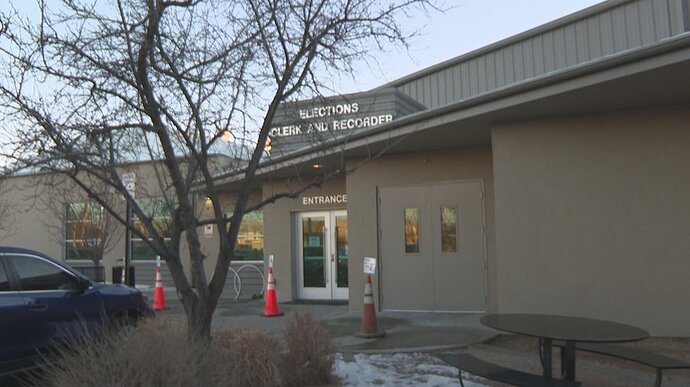 Colorado Secretary of State Jena Griswold (D) is offering Mesa County Clerk and Recorder Tina Peters (R) a path to resume her election supervision duties, if in a supervised capacity.

Do you know what I would like to see?

What kind of Secretary of State is Jena Griswold?

jena griswold panics and bans independent auditors from colorado: over the...

the tale of tina peters, and the dark days ahead for whistleblowers

Tina Peters is a gold star mom, a cancer survivor, a public servant, and a courageous whistleblower. And the rapidly unfolding events in Mesa County are making smoke coming out of my ears.  Ti…

the colorado coup is nearly complete, and dominion is right in the middle of...

Since I posted The Tale of Tina Peters last week, the situation in Mesa County has kicked into high gear. After revealing that Sheila Reiner, Tina Peters’ predecessor as Mesa County Clerk and Recor…

Raided by the FBI for the crime of questioning your government.

What country do we live in?

are the tides turning on tyranny in colorado?

Quite a lot of activity is taking place here in Colorado, as the stories I’ve been telling you all about this year are converging in spectacular fashion.  statist overreach escalates in mesa county…

We are told there are no problems with elections in Colorado.

Gold standard for US elections, they say.

Where did this title come from?

Some independent jury awarded this prize to Colorado?

No, they just made it up.

The mainstream press tells you this constantly, so it must be true. right?

Just accept the results of the 2020 election and move on like the sheeple we are.

In the meantime, we Dems will use the power we stole to destroy your Country.

Now that they have realized how easy it is to steal power, they will never give it up unless we make them.

the mesa report: is there trust in a trusted build if the builders broke our...

Welcome, my friends, to the United Soviet States of America where Trust is now compulsory. Dare to question the State’s narrative or intent and you will be silenced, dehumanized, and destroyed. Jus… 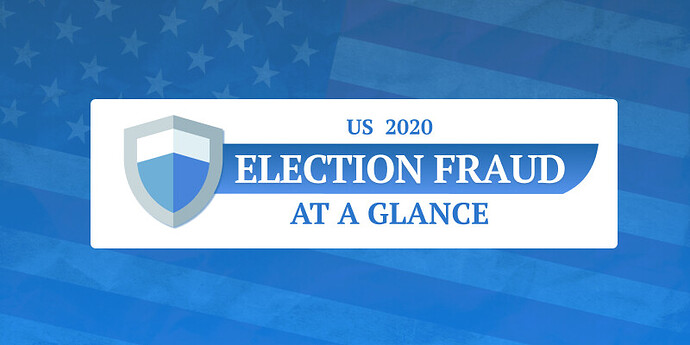 Colorado – Election Fraud at a Glance

Get an overview of the key election fraud issues.

What happened when Joe Biden visited Denver in September 2021?

Was there a welcome wagon?

85-yo Patriot Badass, Joy, welcomes Joe Biden to Colorado on Tuesday, September 14, 2021 Falling up the stairs, The simple Biden thought, Do they really like me? Or did I win it not? I travel to th… 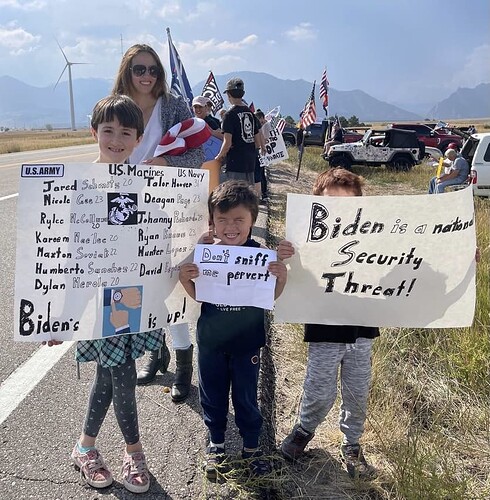 Lest you think that problems are restricted to Democrat voting officials, I have to contradict you.

Once technology entered the arena of vote counting, there was real money to be had selling equipment, software and services.

The web of relationships is dizzying, but the same names keep coming up.

Pam Anderson was present in Chaffee County, assisting with our 2021 election. She can be seen here cavorting with Lori Mitchell: Election Mythbusting: Pamsplaining- How do I know my vote counted? SD 480p - YouTube

Wayne Williams was appointed to run the Mesa County 2021 election for the displaced Tina Peters.

And then there is Salida’s own Eric Coomer.

Check out this tangled web:

Ever since HAVA injected billions into American elections, things have never been the same. Overnight our elections turned into a multi-billion dollar industry. Elections went from an essential civ… 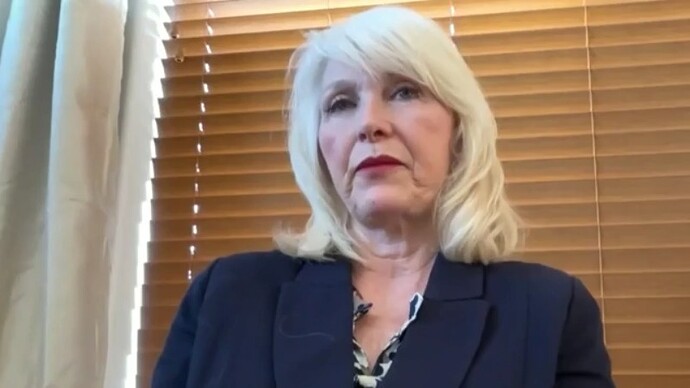 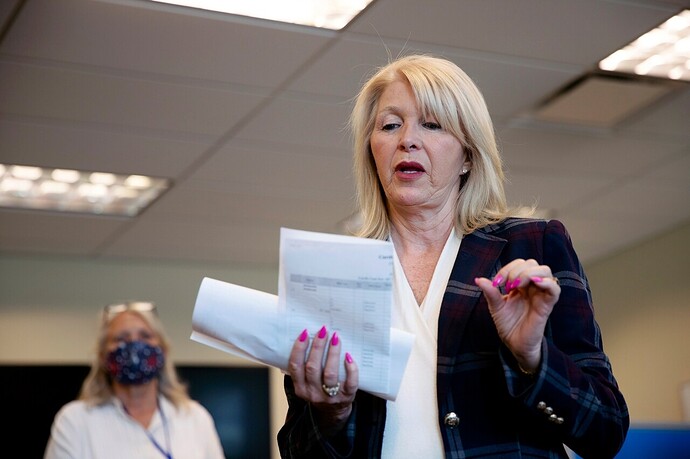 Mesa County Clerk Tina Peters announced Monday that she intends to run for secretary of state against current incumbent Jena Griswold, who is currently investigating Peters for an election security…

Tina says, " In a forensic analysis of the images of the Dominion system drive, cybersecurity experts found the system was found to contain 36 wireless devices and was configured to “allow any computer in the world” to connect to Mesa County’s election system server." 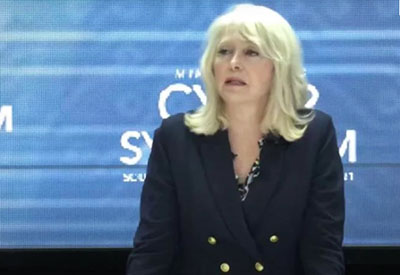 by WorldTribune Staff, March 6, 2022 A forensic analysis of Mesa County, Colorado's use of the Dominion Voting Systems' Democracy Suite Election Management System in the 2020 presidential election found the system was illegally certified and...

FORENSIC REPORT PROVES CO ELECTION SYSTEMS ARE INSECURE, CONTAIN ILLEGAL SOFTWARE, CAN CONNECT TO THE INTERNET, HAVE A “BACKDOOR”, ARE CONFIGURED TO AUTOMATICALLY DELETE ELECTION RECORDS, AND WORSE

[Mesa County Colorado, March 5, 2022] – The second in a series of Mesa County election systems forensics reports was obtained through a Colorado open records request. The report exposes a troubling array of serious election violations stemming from the electronic voting systems used in Mesa County. Given the electronic voting systems used in Colorado mimic systems used across the country in hundreds, if not thousands of counties, it’s anticipated that the Mesa 2 Report will serve as the predicate for numerous investigations across the U.S. Some are already in progress and some are criminal.

The Mesa County electronic voting system is similar or identical to nearly all Colorado counties. This means almost the entire state used illegally certified, insecure electronic voting systems for elections dating back to at least 2017 (Griswold was elected SecState in 2018). These undeniable facts fly in the face of an obstinate and highly partisan Colorado Secretary of State Jena Griswold who has repeatedly stated that Colorado’s election system is secure, and “The Gold Standard”.

A sample of key findings from the Mesa Report:

Given the bulk of Griswold’s notoriously rotating staff has no cybersecurity, technical, or computer experience, it’s expected Griswold will lean on her vendor, Dominion, to help explain. Unfortunately, relying on the vendor who potentially shares legal liability and who’s lobbyists donate to Griswold’s re-election campaign it likely won’t stand with the public. The conflict of interest is overwhelming. It appears the only way forward for Griswold is to conduct a full investigation by an independent third-party.

This raises serious ethical and legal issues for the SecState. Why did Griswold ram through emergency rules banning third party audits in Colorado this past summer? The timing of her panicked action aligned perfectly with Griswold discovering the Mesa County election system forensic backups. With the Mesa 2 report, it appears Griswold was advised to try and get ahead of the inevitable.

4. The Mesa County electronic voting system is configured to allow any computer in the world to connect to the Election Management System (EMS) server. Predictably election officials with little to no cyber or tech expertise will claim that there is no proof of any other computer accessing this system. The claim is somewhat accurate given the fact that the Dominion voting system is intentionally designed to obliterate mandatory audit logs “both election records and evidence of access to the EMS server.” Election officials are now faced with taking a serious risk if they continue to defend Griswold, and an obviously corrupted and illegal election system. The best these officials can hope for with this specific violation is that there may be no proof that other computers accessed the system.

Each forensic report out of Mesa County has been accurate and the substance of the report has gone unchallenged by technical experts from SecState Griswold’s office or otherwise. Is it wise for these election officials to defend a technical system with no way to check, or verify what is true for themselves? With the legal backing of Marc Elias and Soros, Griswold has a defense for herself. What about the local election officials who are legally liable for their elections? Are they prepared to assume legal responsibility for Griswold’s illegally approved election system they were told was secure, and “The Gold Standard?”

In El Paso County’s 2021 election, Clerk Chuck Broerman conducted a severely botched election in cooperation with SecState Jena Griswold that resulted in a public admission that vote totals had to be manually changed. Elected officials must now answer for why they are using a system that allows manually changing vote totals. Who can change vote totals? How? When? Why?

Both Mesa reports were prepared by Doug Gould, the former Chief Cybersecurity Security Strategist for AT&T. Mr. Gould is considered a foremost expert in the cybersecurity field and holds CISSP and CAS certifications. He is also a faculty member at the World Institute for Security Enhancement. We reached out to Mr. Gould to ask if there were more reports coming. As of the time of this release there was no response.

More evidence of Wi-Fi connections to Dominion machines in Wisconsin. 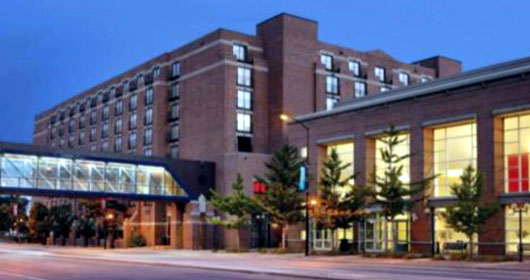 Who is Michael Rubenstein? ‘Single individual’ controlled all Green Bay...

Analysis by WorldTribune Staff, March 4, 2022 The March 1, 2022 report by Wisconsin's Office of the Special Counsel does not make for boring, bedtime reading. Every American who voted in 2020 should read it. [caption id=attachment_107039...

If you can’t beat them, demonize then disqualify them.

How about you debate them and let the voter decide?

How come guilt by association does not apply to antifa arsonists, BLM rioters and those who want to eliminate the US Constitution?

Using the same logic applied to Lauren Boebert, someone who supports BLM with a sign in their yard is complicit with every act perpetrated under the BLM banner.

Is this the new standard? Since people seem to be making up the rules as they go along, I am just trying to keep up.

Can someone answer this question? 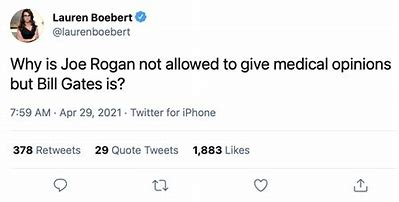 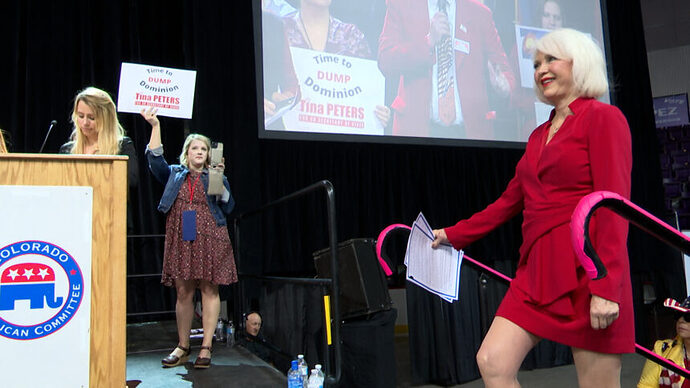 COLORADO SPRINGS, Colo. (KRDO) -- It is state assembly weekend in Colorado. The Democrats are holding their assembly virtually, while the Republicans are gathered in Colorado Springs, both looking to find candidates to take back both the... 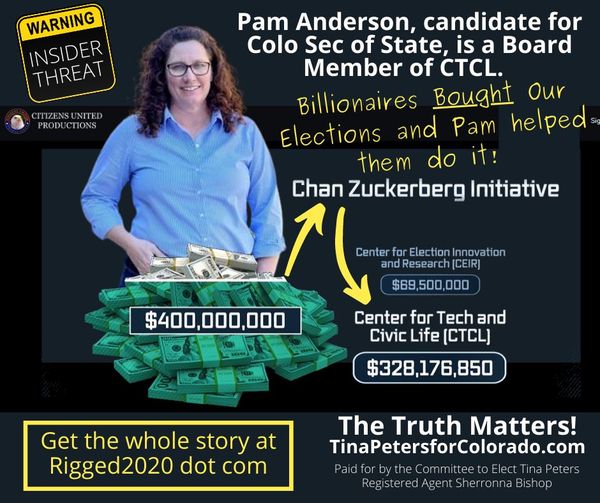 Simple explanation of what the Mesa Forensic reports found

Excellent info. Excellent explanation. Who is going to tell Lori?